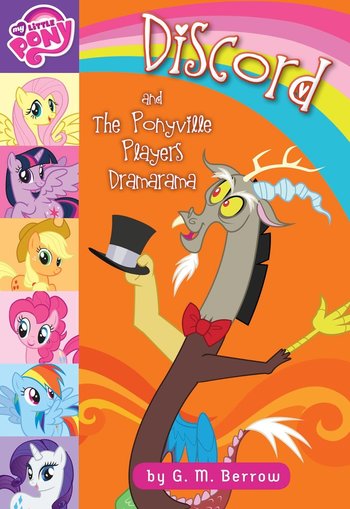 The seventh officially licensed My Little Pony: Friendship Is Magic chapter book of a series of books by G. M. Berrow, and part of the overall My Little Pony (Generation 4) universe.

Princess Celestia places Discord on a super-secret friendship mission, to join the Ponyville Players Spring Musical, with the promise of returning one of his past valuables if he succeeds. Determined to get his property back, Discord wastes no time in accepting the mission, much to the unease of the natives of Ponyville.