Literature / The Stormy Road to Canterlot 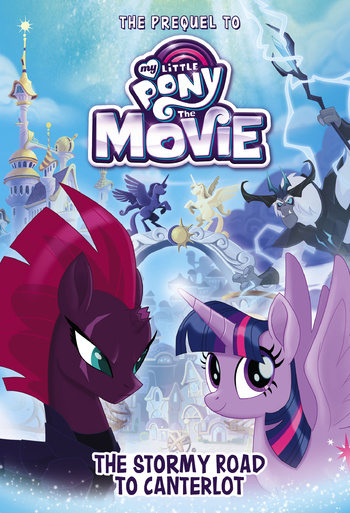 The Stormy Road to Canterlot is marketed as a Prequel story based on My Little Pony: The Movie (2017), written by Sadie Chesterfield as a part of the overall My Little Pony (Generation 4) franchise. It focuses primarily on Tempest Shadow, showing how the loss of her horn sent her down a path from a sweet and kind young filly to a ruthless and cold-hearted servant of the Storm King.

See also IDW Publishing's My Little Pony: The Movie Prequel, specifically Issue #4, which the novel borrows heavily from and expands upon.

The Stormy Tropes to Canterlot: