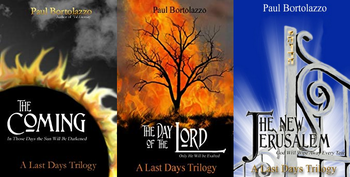 Last Days Trilogy is a series of Christian fiction books written by Paul Bortolazzo, about the coming Great Tribulation period as interpreted from the Book of Revelation. The books in the series include: