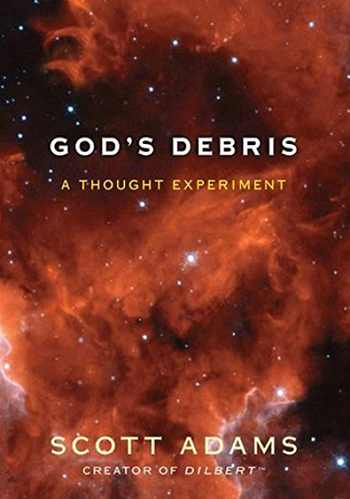 Scott Adams, creator of Dilbert, presents a "thought experiment". A delivery man brings a package to a crazy old guy. They talk. Then the delivery man becomes an identical crazy old guy. Your mission, according to the introduction, is to find the flaw(s) in the crazy guy's arguments.

Has a sequel, The Religion War, which switches things up by having an actual plot.