Literature / Dawn of a New Century 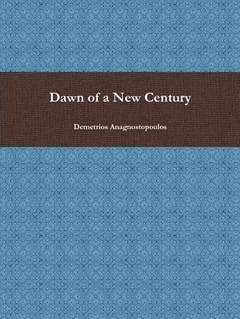 Dawn of a New Century is an in-between short story of The Spectral Chronicles, a bridge between The Return of Mephistopheles: World War III and The Rise of Atlantis: Light and Darkness.

Seven years have passed since the ghost Demetrios has defeated the demonic grand duke Mephistopheles. Since then, he and his friends have lived peacefully on the Stone Cutters' island city of Kinardas. Today, they are preparing to celebrate the New Year's for the year 2100. Since it is the new century of the title, they look to make it the most awesome New Year's ever.