Literature / The Rise of Atlantis: Light and Darkness 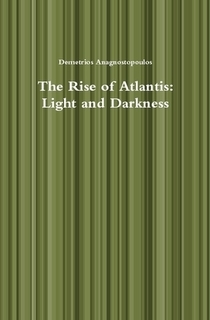 Volume III of The Spectral Chronicles. 19 years have passed since the defeat of the Grand Duke Mephistopheles. Peace has at long last returned to planet Earth. But the Empire of Pandemonium shall have none of it. A shadowy cult led by two of William/Mephistopheles's sons, Ramirez and Octavius, resurrect the deadliest enemy the Stone Cutters have ever known: the Dark Stone Cutters. The battle for the safety of the world becomes much harder, as not only must Demetrios and his friends and allies, both old and new, defeat the Dark Stone Cutters. There is one amongst them he and Lily must rescue from their unholy clutches, someone from their past...