Literature / Companions of the Night 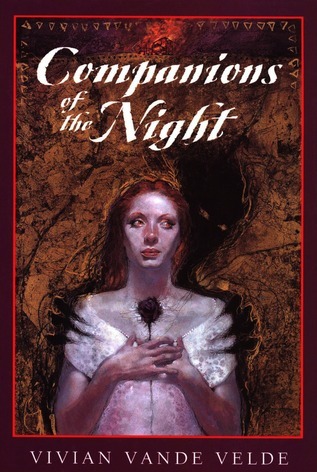 Companions of the Night is a Young Adult Vampire Fiction written by Vivian Vande Velde, first published in 1995.

When 16-year-old Kerry Nowicki goes out late at night to get her baby brother's stuffed bear back from the laundry store, she becomes the unwilling witness of a crime as three men come in dragging with them a bleeding and bound handsome young man. The men appear to be dangerous and violent lunatics, as they claim that their hostage is actually a vampire whom they plan to torture and kill. Kerry doesn’t believe them and decides to help Ethan, the hostage, escape. However, as she soon finds out, those men may not have been as crazy as she thought…

Companions of the Night contains examples of: