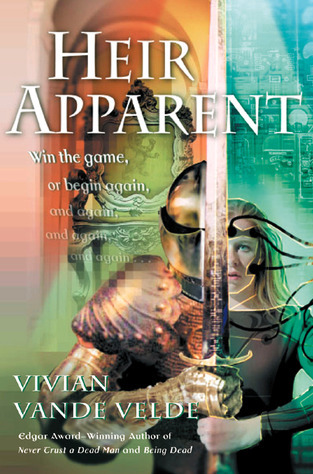 Heir Apparent is a 2002 young adult fiction novel by Vivian Vande Velde. Seventh-grader Giannine Bellisario receives a gift certificate to Rasmussem Gaming Center, an arcade that specializes in virtual reality, from her estranged father. Upon her arrival, she chooses the game Heir Apparent, where she is the illegitimate child to King Cynric, the ruler of the kingdom of Shelby. Unfortunately, an anti-fantasy Christian organization breaks into the gaming center and severely damages the gaming equipment, trapping Giannine inside. The only way Giannine can get out is to win the game before 'overload' occurs.

It has two companion books set in the same universe, Deadly Pink and User Unfriendly.

Not related to the fourth Guardians of the Flame book The Heir Apparant, or the Science Fiction Short Story "Heir Apparent" by C. L. Moore.