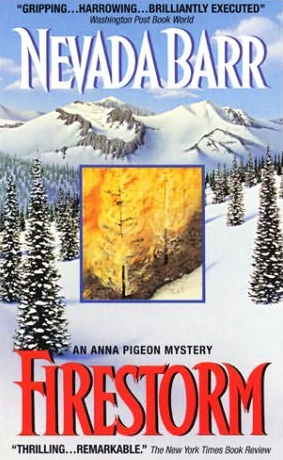 Anna Pigeon is the main character in a series of books by Nevada Barr. She is a law enforcement ranger for the United States National Park Service. The themes of the books are about murders that are committed in the national parks and are often due to issues with natural resources. Each novel in the series is based in a different National Park in the USA.
Advertisement:

The books in the Anna Pigeon series (and the parks they are set in) are:

Tropes in Anna Pigeon novels include: