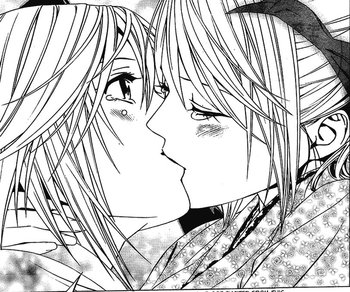 There seems to be more and more obsessive attempts to cultivate this between all of the female characters. Between confessions of how much their friendships mean to one another, to pictures of the girls holding hands, to Mizore and Kurumu's kiss... There's probably a few Les Yay moments per chapter. 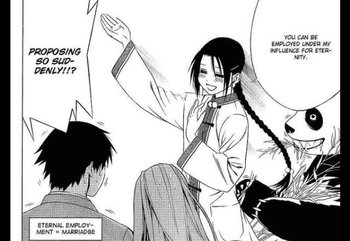