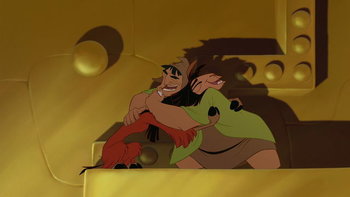 Surprisingly enough, for a movie like this, there are a few examples:
Advertisement: