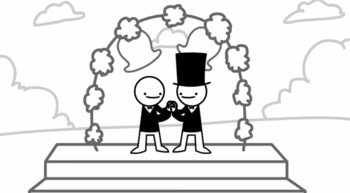 "Hey, you know who's gay? Us."
Advertisement:

While you can't get very heartwarming with five second segments on a random, colorless sketch comedy, these moments show you can still try.