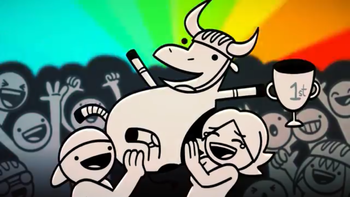 asdfmovie primarily roots itself in comedy, but when the situation calls for it, the skits can escalate from gut-busting to awe-inspiring.