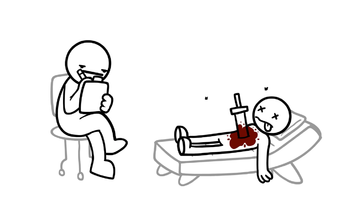 The fact that this series consists mainly of five second clips that are so random, they're hilarious, just goes to show that you can basically put down any moment in the series. But we know you’re here for specifics so....