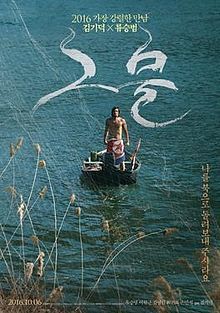 The Net is a a South Korean drama directed by Kim Ki-duk. Contains much dark comedy.

A North Korean fisherman accidently crosses the border with South Korea. He is captured and suspected of being a spy, then denied the right to return home. Because no one in their right mind would want that, and everyone knows that North Koreans are brainwashed anyway. Even though he happens to have a wife and a son there.