Film / The Man in Grey 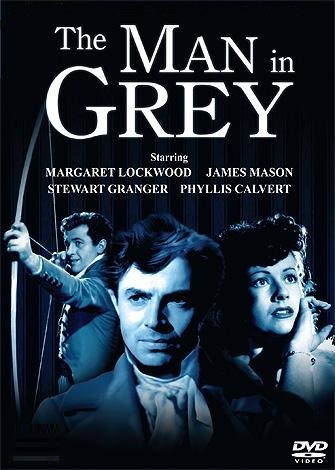 In 1943, a Wren (Calvert) and a RAF pilot (Granger) meet at an auction of heirlooms of the Rohan family, now all being sold off after the last of the Rohan male line, the brother of the Wren, was killed at Dunkirk. After the RAF pilot reveals that his family are connected to the Rohans in a way, they arrange to meet again.

Meanwhile, the story of the Rohan family is told in a flashback to the Regency period: Clarissa (also played by Calvert), a minor heiress, is put into an arranged marriage with Lord Rohan (Mason), a brutish misanthrope who begins an affair with Clarissa's friend Hesther (Lockwood), who plots to take her place, while Clarissa finds comfort in Rokeby (also played by Granger).