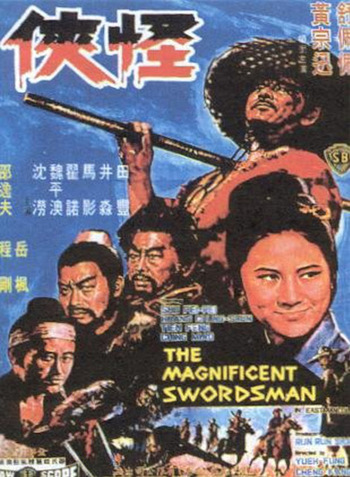 The Magnificent Swordsman is a 1968 Shaw Brothers movie, loosely based on the Yojimbo formula, where the plot revolves around a lone, wandering warrior entering a town besieged by two bandit gangs.

Jiang Dan Feng is a drifter and wandering warrior, travelling from one town to another vanquishing evil men everywhere he goes. After killing a legion of bandits attempting to rob him, the last bandit, in his dying words, begs Jiang for one last request: to deliver his letter to his only surviving relative, his beloved sister Xiu xiu, who lives a village away. Jiang agrees, but upon his arrival, Jiang discovers said village to be occupied by a powerful bandit gang, led by the ruthless Lord Huang. And himself being a swordsman, Jiang is not welcomed by the locals...