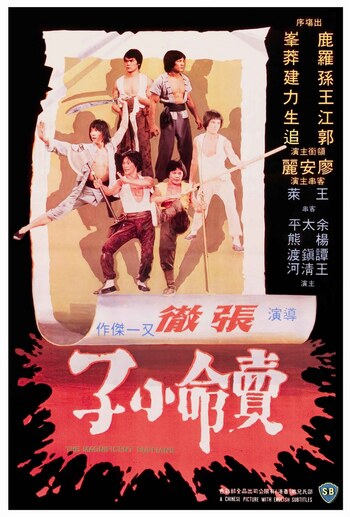 Yuan Ying-Fei (frequent Venoms villain-extraordinaire, Lu Feng), a deadly, challenge-seeking martial arts master skilled in the Golden Sword technique, is on a killing spree, inviting other kung-fu experts to his mansion before challenging them to fights and then killing them. When a band of homeless, penniless former kung-fu fighters, led by Guan Yun (Lo Meng) and his bestie Yang Zhui-Feng (Philip Kwok) ends up rubbing off Yuan Ying-Fei the wrong way, they're invited to the Yuan Mansion for a showdown.