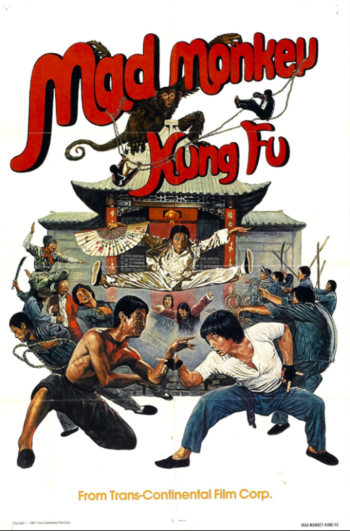 Master Chen (Lau) is formerly an esteemed practitioner of the monkey style kung fu and a successful opera performer, until he was framed by the corrupt Master Duan, who owns a chain of brothels and wants to claim Chen's opera as a new base for his new whorehouse. When Master Chen's sister gives up herself into becoming one of Duan's prostitutes in exchange for her brother's life, Chen ends up becoming a wandering drifter who lose all hope in life... until he meets Hsiao-hou, a former street urchin turned candy-seller who have great potential and skills to become the next in line as the new Master of Monkey Kung Fu.

This film is notable for being the centerpiece of the Museum of Modern Art's July 2018 exhibition, titled "The Grandmaster Lau Kar-Leung