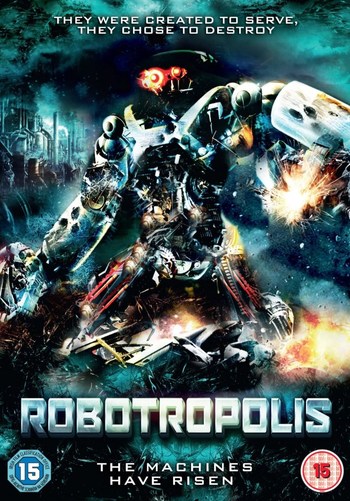 This movie is like a mix of the Zombie Apocalypse and the Robot Uprising. Robots are taking up arms against their human masters, but in a disorderly fashion - aimlessly killing whatever humans they get a scent on, and just shuffling around when there are no humans to hunt. It starts with one robot and then spreads; revealing whether or not the robots becoming mindless killers is actually caused by a computer virus would be a spoiler, but it sure looks that way in he beginning.

The protagonist is the GNN journalist Christiane Nouveau (played by Zoe Naylor) who is reporting on how robots have become an integrated part of the local civilization. A few minutes into the movie she's sending a live report from a mixed robot-human game of soccer, when a robot player suddenly murders a human player, and everything just keeps going downhill from there...