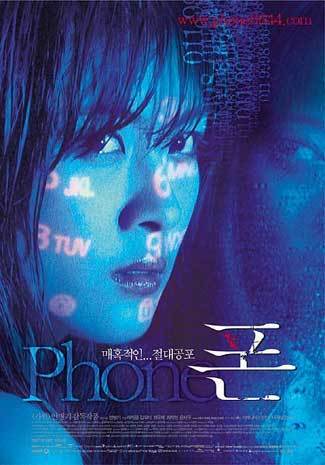 "The last call you'll ever receive."

Phone is a 2002 South Korean horror film. The film follows Ji-won, a young journalist who has been receiving threatening and perverting phone calls after publishing articles about pedophobia. In order to escape the trauma, Ji-won changes her phone number and moves away from her house. Feeling sorry for her, Ji-won's old friend Ho-jung allows her to stay in a house she had built for her young daughter Young-Su. However Ji-won begins receiving even stranger phone calls as she gets comfortable and Young-Su happens to answer one of these calls. As Ji-won investigates the origins of her phone number Young-Su begins acting extremely strange and hostile, especially towards her mother.

An Amercian adaption was set in motion in 2010 with high hopes for release the following year, but as of 2017 it has yet to reach fruition.