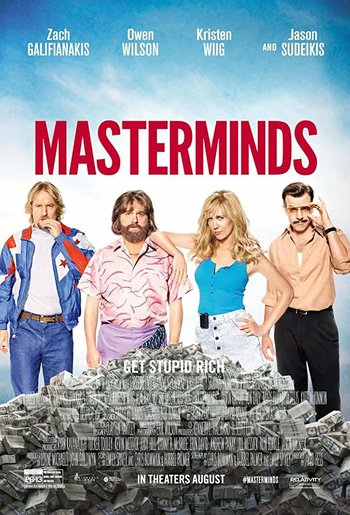 Masterminds is a 2016 comedy film directed by Jared Hess, starring Zach Galifianakis, Owen Wilson, Kristen Wiig, and Jason Sudeikis. Based on a true story, it recounts the 1997 Loomis Fargo robbery, one of the biggest bank heists in U.S. history.