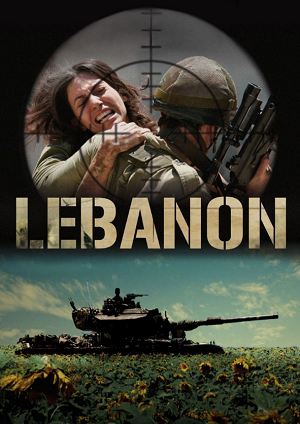 Lebanon (לבנון‎ in Hebrew, Lebanon: The Soldier's Journey in UK) is a 2009 Israeli war film directed by Samuel Maoz, who based it on his own experience as a young conscript in the conflict it depicts.

It is set during the 1982 war in Lebanon. Warfare is depicted in a rather uncompromising way through the point of view of an Israeli tank crew. The film's main distinctive feature is that the outside world is only seen through the tank's gunsightnote except for the film's very last shot, which can be seen on the poster here, below the title.