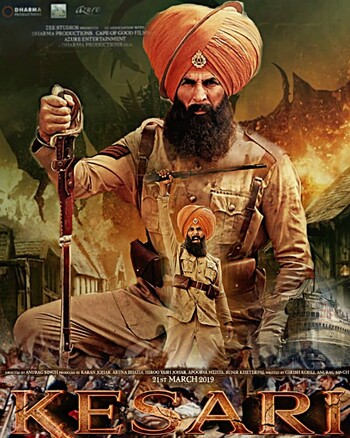 Kesari (Saffron) is a 2019 war movie depicting the Battle of Saragarhi in 1897, during which 21 Sikh soldiers defended a fort against an attack by approximately 10,000 Afghan soldiers.