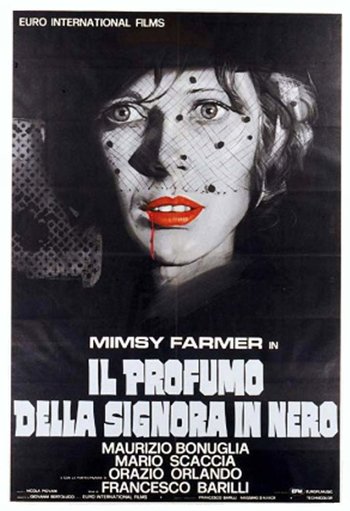 Il Profumo Della Signora In Nero (The Perfume of the Lady in Black) is an Italian horror film released in 1974, part of the Giallo movement.
Advertisement:

Silvia is a young, pretty scientist, but the tragic death of her father and dark secrets from childhood torment her and strain her relationship with her boyfriend, Roberto. One night they go to hear an African man speak about voodoo, and for Silvia, the real and the unreal begin to mix...