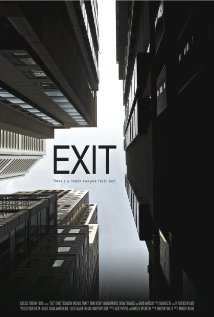 "Take your left hand, place it on the nearest wall and walk - it's the simplest way to solve most mazes."
—John
Advertisement:

Exit is a 2011 science fiction/drama/artistic film from Australia, directed by Marek Polgar.

There is a group of people living in the city who are convinced it is actually a maze. These people search, hold meetings, build models, and compare maps. One woman thinks she has found the exit.

While it is a beautifully shot movie, some reviewers found it lacking in character depth, and a plot which despite being intriguing doesn't quite pay off in the end.