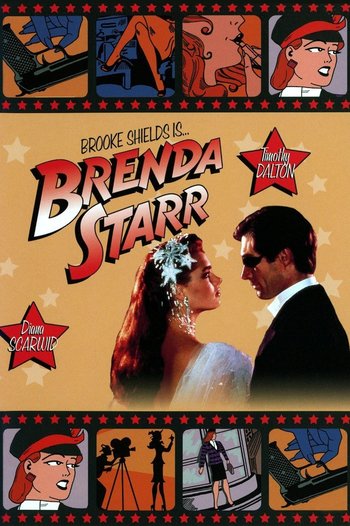 Mike Randall (Tony Peck) is a struggling newspaper artist who draws the Brenda Starr comic strip about the titular character, an ace reporter who is talented, fearless, and smart. When Brenda (Shields) comes to life and sees how unappreciated she is by Mike, she disappears from the comic. To return her to her rightful place and keep his job, Mike draws himself into the strip. It turns out that Brenda headed to the Amazon jungle to find a scientist with a secret fuel formula.