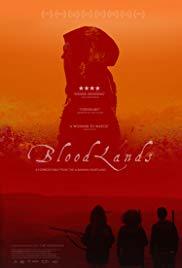 Bloodlands is a 2017 Albanian Folk Horror film. It concerns a family of farmers getting in a feud with a coven of witches.