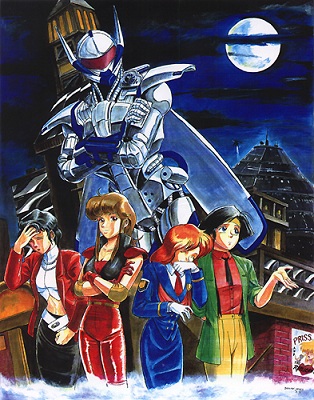 How much trouble can one man get himself into? The Bubblegum Zone is the story of Bert Van Vliet, a college student who suddenly finds himself catapulted into the animé series Bubblegum Crisis mid-way through the second OVA episode. He quickly joins the Knight Sabers, builds his own hard suit(s) and tries his damnedest to save everyone.

He also gets hurt.

Mostly written in the 1990s, The Bubblegum Zone is a classic of the self-insert genre filled with high-action, advanced technology, a plethora of pop-culture references and great drama. The beginning can be a little iffy at times, as Bert can come off as a Gary Stu, but the story really kicks into gear past the halfway point, especially once it passes the original OVAs. Many fans regard this series as one of their favorite pieces of fan fiction and it has been greatly influential to the growth of the genre, to the point where many self-insertion or Bubblegum Crisis stories written afterwards feature explicit shout-outs to or crossovers with the Zone.

Although there haven't been any new chapters for nearly a decade, the author is still writing when real life allows, giving readers the occasional teaser or snippet for the eleventh chapter.

If you're interested, the story is available for reading here

, but be prepared to spend several days reading.

This page is currently a work in progress. If you think something is missing or needs to be changed, go for it.

The Bubblegum Zone contains examples of: