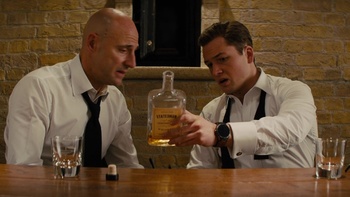 This Drinking Game for the Kingsman film series works even better if you can get the alcohols that are consumed in the films (or ersatzes given the rarity and/or prices or fictional status of some of them).