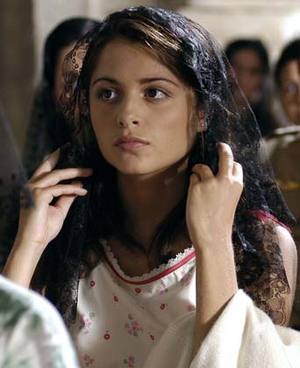 Stephanie Leonidas (born 14th February 1984 in Westminster, London) is an English actress of Greek descent. She began acting in community theater at age eight, and at age nine began to act in television. She has appeared in the shows Daddy's Girl and Night And Day, and is best known as the star of MirrorMask. She acts in film, television, and stage productions. She also starred in the Syfy show Defiance as Irisa Nyira, an alien warrior who is the deputy and adopted daughter of Chief Lawkeeper Jeb Nolan.