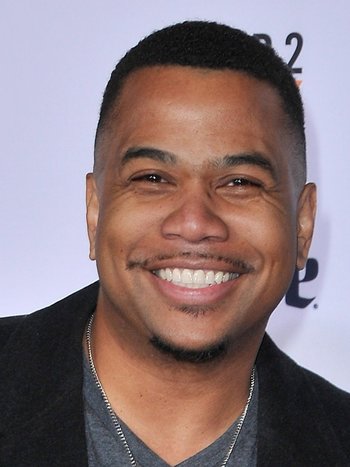 Omar Gooding (born October 19, 1976) is an American actor and rapper. A former child actor, he was known for his role in Hangin' with Mr. Cooper and being a host of Nickelodeon's Wild and Crazy Kids. As an adult, and continued to act in several films and television shows including Creator/ESPN's infamous Playmakers series.

He is the younger brother of actor Cuba Gooding Jr..