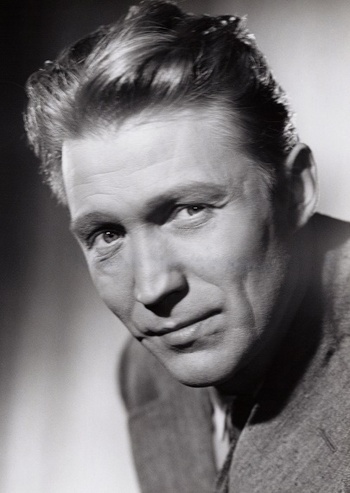 He was born in Darmstadt. He dropped out of business school to start acting on stage and worked with several theatre companies all around Germany, then he was conscripted in the Wehrmacht during World War II. After the war he found success in both West Germany and Hollywood, with a good chunk of his roles being German soldiers or officers in World War II films. He made his English-language film debut in 1951 in Decision Before Dawn.

Contrary to popular belief, the Glasgow Grin-like scar on the right side of his face was not due to the war but was instead caused by a car accident on the Darmstadt Luisenplatz when he was 14 years old.