Film / The Bridge at Remagen 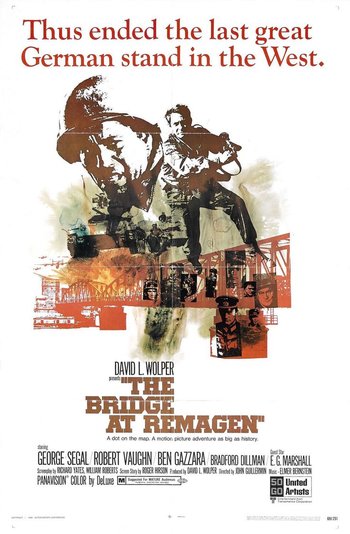 A 1969 historical action film based on a true World War II story. The film is a fictionalized telling of the capture of the last standing bridge over the Rhine River in March 1945.

The movie had a grittier tone than typical 1960s war films, reflecting a growing dis-satisfaction with the war in Vietnam, and a growing anti-establishment mood in Hollywood. The Allied soldiers are depicted as tired, unconcerned about the outcome of the war, and in several cases resist or even refuse to carry out orders. The Germans mostly avoid stock characterizations and also have varying degrees of war weariness and devotion to duty.

Released in a crowded field of war films in the late 1960s, the movie was a staple of late-night TV but received little real acclaim. The production was notable for having to displace partway through due to the Russian invasion of Czechoslovakia.

The Bridge at Remagen contains examples of: