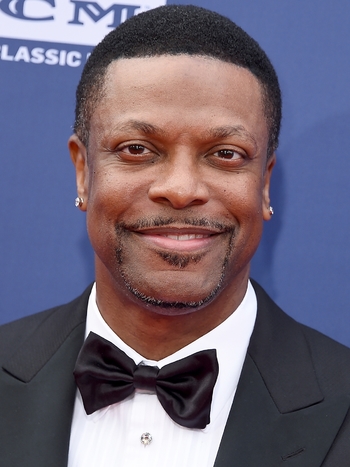 Daaaaaaaaaaammmmnn!!
Christopher Tucker (born August 31, 1971) is an American actor, stand-up comedian, and book writer. As an actor, he is best-known for playing comedic, loud-mouthed characters.
Advertisement:

As the youngest of six children, Tucker learned from an early age that humor was the best way to get attention both at home and at school. As a result, when he graduated from high school he moved to Los Angeles to pursue comedy and acting.