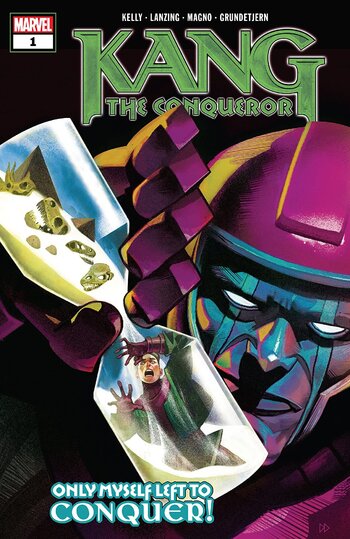 Kang the Conqueror is a 2021 Marvel five-issue mini-series written by Collin Kelly and Jackson Lanzing, with art by Carlos Magno.

Followed by a one-shot Timeless, by Jed MacKay

Tropes in Kang the Conqueror: