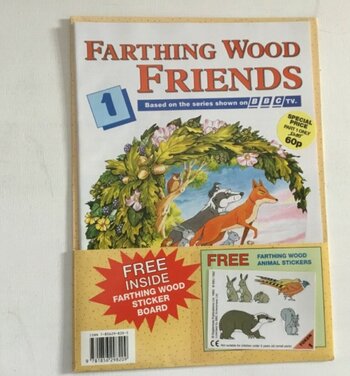 some caption text
Farthing Wood Friends was a Spin-Off of The Animals of Farthing Wood published as a 130-part comic book with Christmas and Easter specials, between 1992 and 1997.
Advertisement:

It had a puzzle section and freebies included with almost every issue.