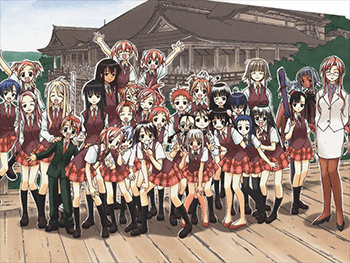 ..and that's just for starters.note Not Shown: Eva, Chachamaru and Sayo

Negima! Magister Negi Magi has been trying to push Loads and Loads of Characters to its limits for a while. These are the pages where its legions of schoolgirls, supernatural beings and lecherous talking animals are described.

Every page is full of spoilers, naturally. You Have Been Warned.