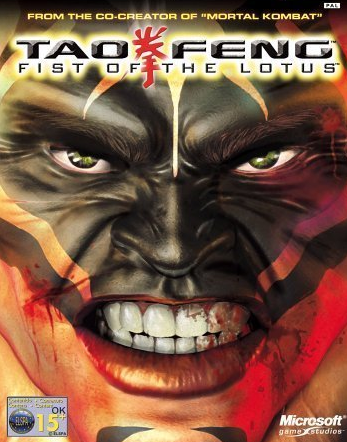 Tao Feng: Fist of the Lotus is a Fighting Game that John Tobias helped design for the Xbox, which is the answer to Namco's Tekken series of games for the PlayStation. The game's soundtrack was composed by legendary pinball composer Chris Granner, who also provided the soundtrack for Johnny Nero Action Hero a year later. It was released in March 18, 2003.
Advertisement: