Awesome / Shadow of the Colossus 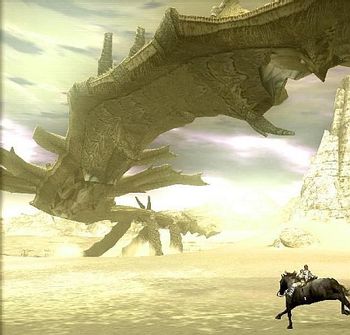 "Raise thy courage to defeat it."
A word of warning. Some of these examples might contain the strategies for defeating each colossi, spelled out and detailed. Some tropers may avoid doing this, but if you'd rather have the satisfaction of tackling the colossi first and working out your own strategy, read no further.
Advertisement: