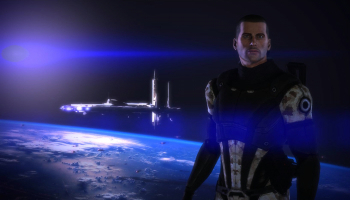 My name is Commander Shepard. In Krogan, it means "hero".
Advertisement:

The Mass Effect Trilogy is a series of Crowning Moments of Awesome.

This page has been split due to its length.