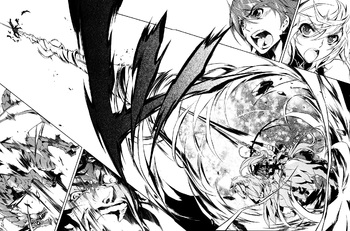 By the power of the Black Bow and its attribute to destroy a dragon, how are you not impressed in awe?
In the world of Lord Marksman and Vanadis series, you are going to expect the series featuring the awesome battles and conflicts in various kingdoms that revolving with Tigre and the Seven War Maidens. Half of them are either battling against the arc antagonist with unexpected tactics and some monsters/demons that is beyond human's understanding.