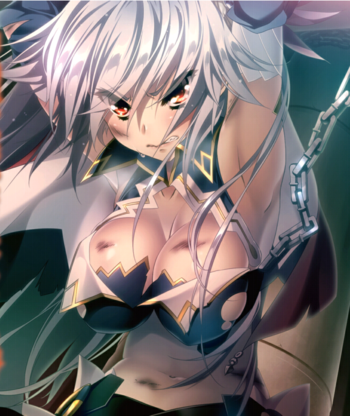 What will you think is going to happen when one of seven brave War Maiden ends up becoming an enemy's prisoner of war?note Fortunately, she is rescued before suffering a Fate Worse than Death.

Lord Marksman and Vanadis does tackle some very serious subject matters even for a romantic light novel series... it isn't a series about war and demons for nothing...