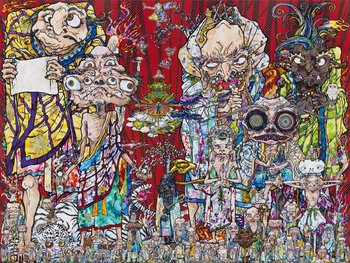 , paintings depicting crowds of nightmarish (yet candy-colored) portraits of arhats, Buddhist monks near-enlightenment that dedicate themselves to helping in a world of suffering.