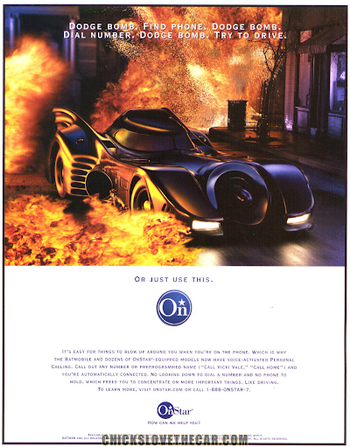 A series of commercials that aired from 2000 to 2002, featuring Batman employing the services of OnStar to assist him in his crimefighting as Alfred has it installed on the Batmobile. The commercials were notable for having the late Michael Gough reprise his role from the Burton/Schumacher films as Alfred.

These commercials provide examples of: