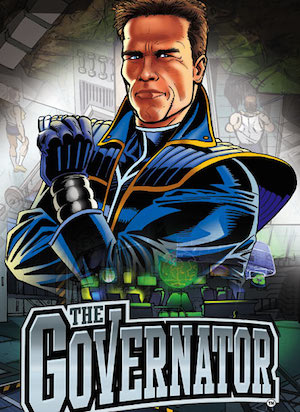 Animated series that would have been co-created by Arnold Schwarzenegger and Stan Lee and starring Schwarzenegger as himself... as a superhero. The story would have been that after leaving the governor's office, Arnold decides to become a crime fighter and builds a secret high-tech crime-fighting control center under his house.

Was cancelled in 2011, before it ever aired, because of a scandal discovering a love affair Arnold was in.

Should be noted that a totally unrealated comic book

was made by Antarctic Press before this series was even created.