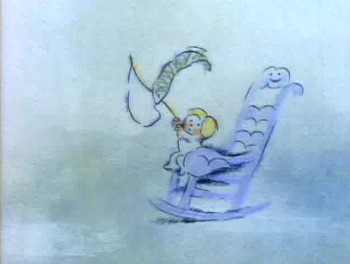 Crac is a 1981 Canadian animated short film by Frédéric Back.

Somewhere in the forests of Quebec, a woodsman chops down a tree. Wood from the tree is carved into a rocking chair, which comes into the possession of a farmer and his wife. The husband and wife and their children use the chair over many years, while bucolic, rural Quebec becomes steadily less bucolic and less rural. All of this is seen from the perspective of the chair, which turns out to have a life of its own.