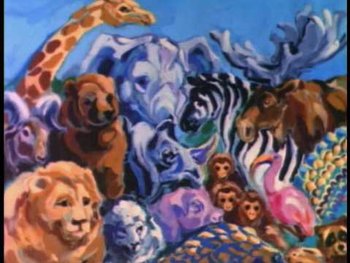 "The Creation" is an animated short film (8 minutes) from 1981, directed by Will Vinton.

It is the story of the creation of the world as described in the Book of Genesis—sort of. Actually, it's an adaptation of James Weldon Johnson's poem "The Creation

", which is the story of Genesis rendered as an African-American folk singer. The animated effects were created by using paint on glass. Johnson's poem is read by none other than James Earl Jones.