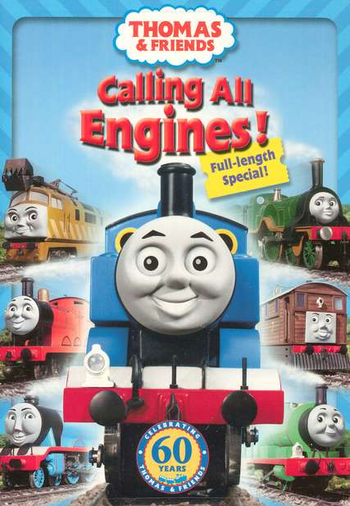 Thomas tries to get the steamies and diesels to help build Sodor's new airport.

Calling All Engines! contains examples of: