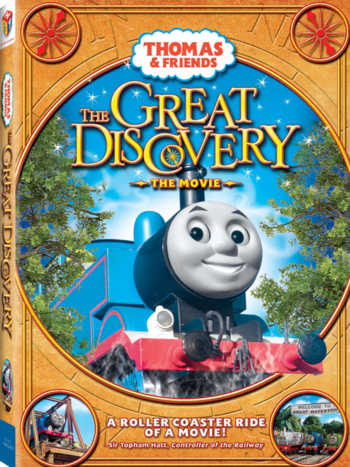 The Great Discovery is the 2008 Thomas & Friends special.

Thomas gets lost in the mountains and discovers an old town, and soon everyone hears about his discovery. He later grows jealous of a new tank engine named Stanley.

The Great Discovery contains examples of: